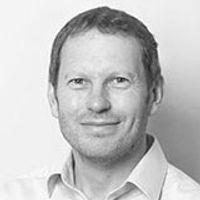 I wonder how many people, TVs, household ornaments and family pets have ever been hit by a flying Wii remote control. Quite a few I reckon, before play resumed with rubber case and wrist straps reluctantly attached. What a wonderful invention they were though, bringing a completely new level of interaction and fun to video gaming.

It seems things have moved on a bit in the 10 years since, and we now have the advent of ‘spontaneous spatial coupling’ gesture control as described by Jack Loughran writing for E&T.

In essence it allows anything to be used as a remote control; hand, head, mug or cat (I suppose someone had to try it) so the days of fretting over a lost zapper could be over. Aside from domestic bliss, there could be applications for manufacturing too. Production assembly instructions could be truly interactive, allowing operators to start, stop, pause, re-wind or zoom the information at will. Conceivably the process might even be fully automated, with the system recognising completion of certain actions then moving on to the next stage without the operator having to make a conscious gesture. Assuming you can’t accidentally delete all your IT servers by scratching your nose, this could be very handy indeed.

Unlike existing gesture-control technology, the software does not look for a specific body part it has been trained to identify, such as a hand. This new technology instead looks for rotating movement, so it doesn’t require calibration or for the software to have prior knowledge of objects. The developers believe this system gives users more flexibility and means they do not need to learn specific commands to activate different functions, as is the case with some gesture-controlled televisions on the market, and the user is able to decouple at will.

Can you imagine using your #coffee cup to change a channel on TV? https://t.co/hVPmONOtiE pic.twitter.com/Fo28iAm7HK